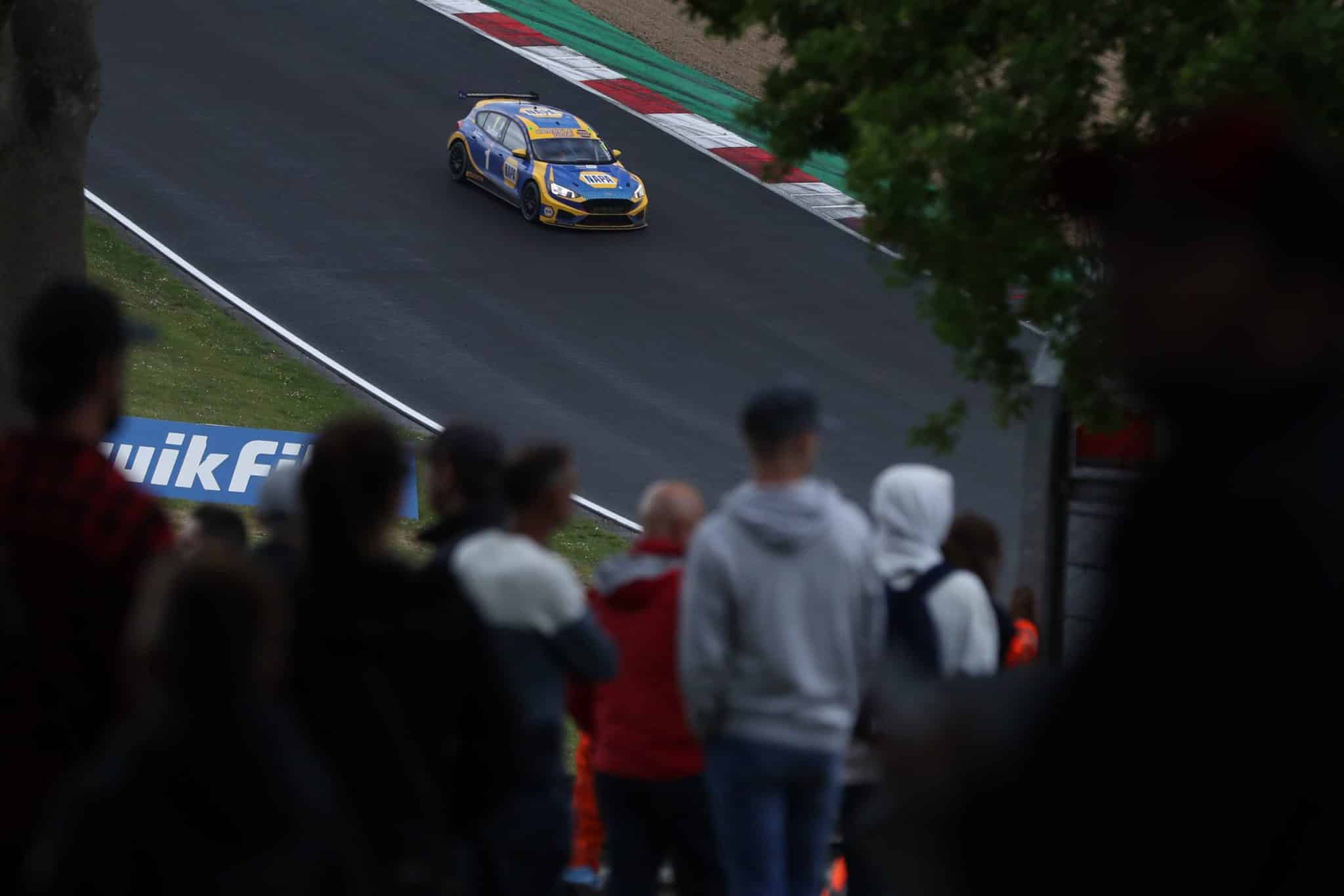 Posted at 06:13h in News, Race Reports by Chris Ashby

Ashley Sutton bounced back from a challenging qualifying session at Brands Hatch in the Kwik Fit British Touring Car Championship this past weekend (May 14/15) to clinch a trio of top ten finishes and maintain third place in the overall standings.

The NAPA Racing UK driver proved to be one of the standout performers in the damp conditions on race day as he walked away with a solid haul of points courtesy of a fourth, sixth and ninth.

Arriving at the Kent venue off the back of a podium performance at the season-opener, the reigning champion endured a difficult Saturday around the 1.2-mile Indy circuit as he battled to find the balance in his Ford Focus ST, ultimately setting the 18th fastest time in qualifying.

Starting on the ninth row for race one, the 28-year-old wasted no time in carving his way up the order as he made a string of overtakes to break into the points in the early stages. Ashley’s charge continued as the race progressed as he went on to take the chequered flag in ninth.

With the rain continuing to fall throughout the day, race two – which was broadcast live on ITV – saw Ashley produce another superlative drive. In what was a rollercoaster contest, the BRDC Member traded places with Colin Turkington for a number of laps before finally making a move stick at half-distance.

Once clear of the BMW, the three-time title winner continued to fight his way forward – setting the fastest lap along the way – before narrowly missing out on a podium finish as he crossed the line in fourth.

Lining up in ninth virtue of the reverse grid draw for the third and final race of the weekend, Ashley once again showcased his overtaking prowess in changing conditions as he moved up three spots to sixth.

Heading into the third race meeting of the season at the end of the month Ashley remains in third place in the BTCC Drivers’ Championship, 21 points off the standings summit.

Ashley Sutton: “Considering where we were after qualifying on Saturday I’m pretty happy to come away with three top ten finishes and still sitting third in the championship.

“I’d say we were helped a little bit by the weather on Sunday but the car certainly felt better and I was able to make progress in all three races. I love those sorts of conditions and given the fact we were able to look after the tyres it meant that I could keep pushing right till the end.

“We’re gonna have a good chat and a debrief in the coming days so that we can get a better understanding of how we get the car in that sweet spot. At the moment we are a little cornered and we’re just trying to find an exit; we’ll get there and once we do we’ll be well in the mix.

“Next we’re off to Thruxton and I’m looking forward to seeing how we get on there. I think the hybrid deployment and its impact will be quite interesting. The car should be strong there – it certainly was at the Season Launch – so I’m confident we can get amongst it.”

The Kwik Fit British Touring Car Championship next heads to the fastest circuit in the UK, Thruxton, for Rounds 7, 8 & 9 on May 28/29.