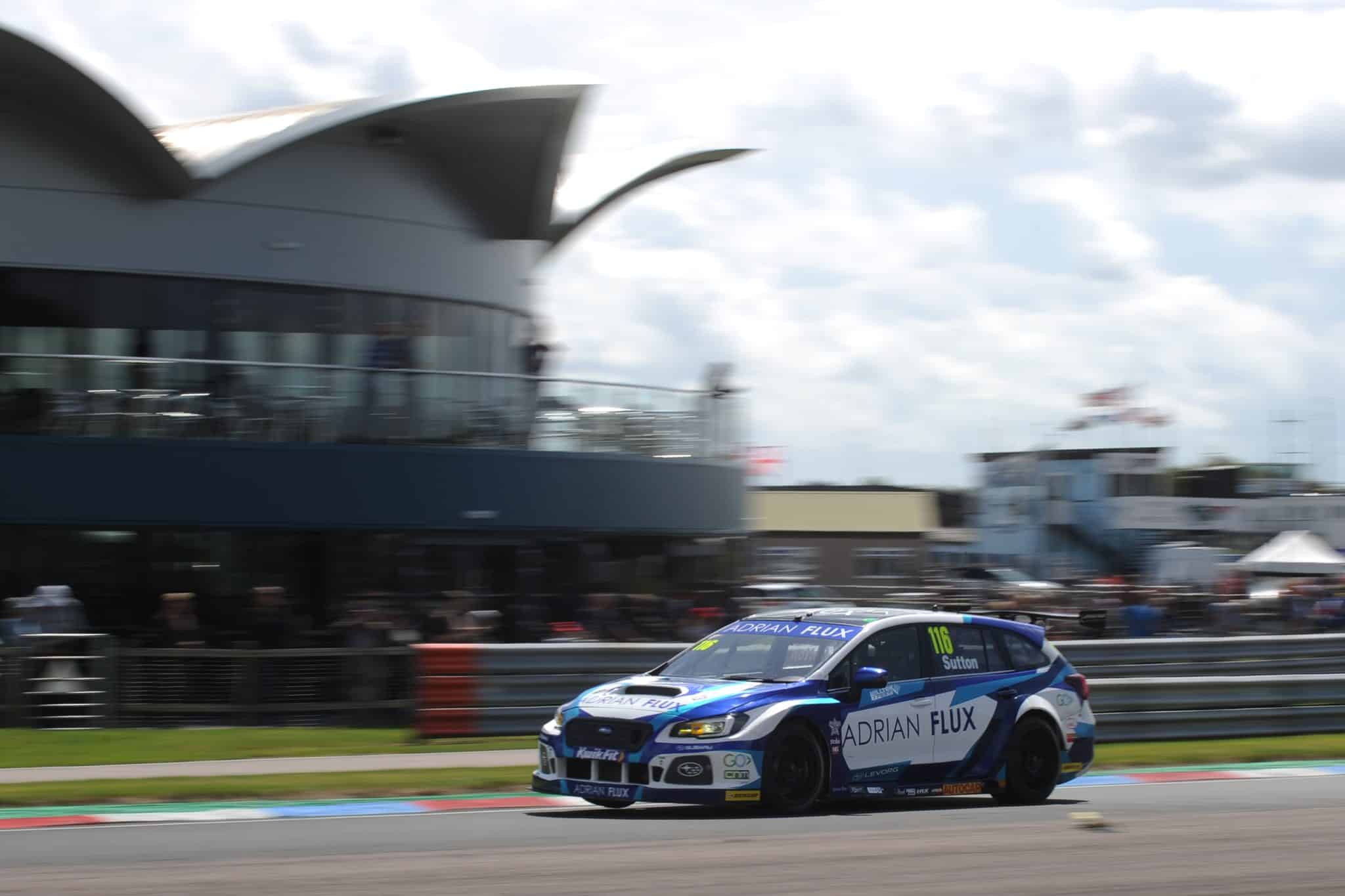 Posted at 12:50h in News, Race Reports by Chris Ashby

Adrian Flux Subaru Racing’s Ashley Sutton produced another battling performance in the Kwik Fit British Touring Car Championship this past weekend (August 17/18) as the series made its second visit of the season to Thruxton.

Looking to bounce back after a narrowly missing out on victory at Snetterton last time out, the 2017 champion endured a frustrating return to the Hampshire venue for the seventh event of the 2019 campaign, clinching a trio of points finishes.

At the wheel of his Subaru Levorg, the 25-year-old had a challenging qualifying session as he battled for grid position around the ultra-fast 2.35-mile layout.

Extracting the maximum out of his rear-wheel-drive machine, Sutton set a best time of 1:16.362 to secure a 12th place start for the opening encounter of the weekend.

Finding himself in the thick of the action on race day, Sutton kicked off his Sunday with a hard-fought drive into the top ten. Starting on the sixth row of the grid, the Go Homes-sponsored ace starred in a race-long scrap with the likes of Matt Neal, Andrew Jordan and Tom Ingram to cross the line in ninth.

Sutton once again showed his fighting spirit in race two as he battled valiantly to tally more championship points.

Pushing himself and the car to the limit, the manufacturer-backed racer ran as high as ninth before a big moment at Village on lap 11 left him to call upon his supreme car control to keep his Subaru on the circuit and ultimately hold on to 11th place.

Digging deep in the third and final race of the weekend, which was affected by heavy rain mid-way through, Sutton rounded off his race day at Thruxton with another gritty performance as he made progress to claim a second ninth place finish.

Ashley Sutton: “That was another tough day at the office. From the start of the weekend I was on the absolute limit and I think the only way I could have gone any quicker was if the track was a bit wider!

“Coming into the weekend we knew it was going to be difficult but there really was nothing more to extract from it; our qualifying trim is our race trim. I had to really get my elbows out to stay in the fight, and that huge moment in race two was quite something as well.

“One lap pace is what kept us in the mix, and through the corners we were able to remain in the hunt as the chassis is mega – it’s getting swallowed up on the straights that just makes the racing that much harder.

“Everyone at Adrian Flux Subaru Racing is doing an amazing job and we will keep going. I’m not sure how Knockhill will go for us but we will give it everything we have; the saving grace there is that the soft tyre will be available to use and we’re normally strong on that.”

The Kwik Fit British Touring Car Championship heads north of the border to Scotland next for Rounds 22, 23 & 24 at Knockhill on September 14/15.