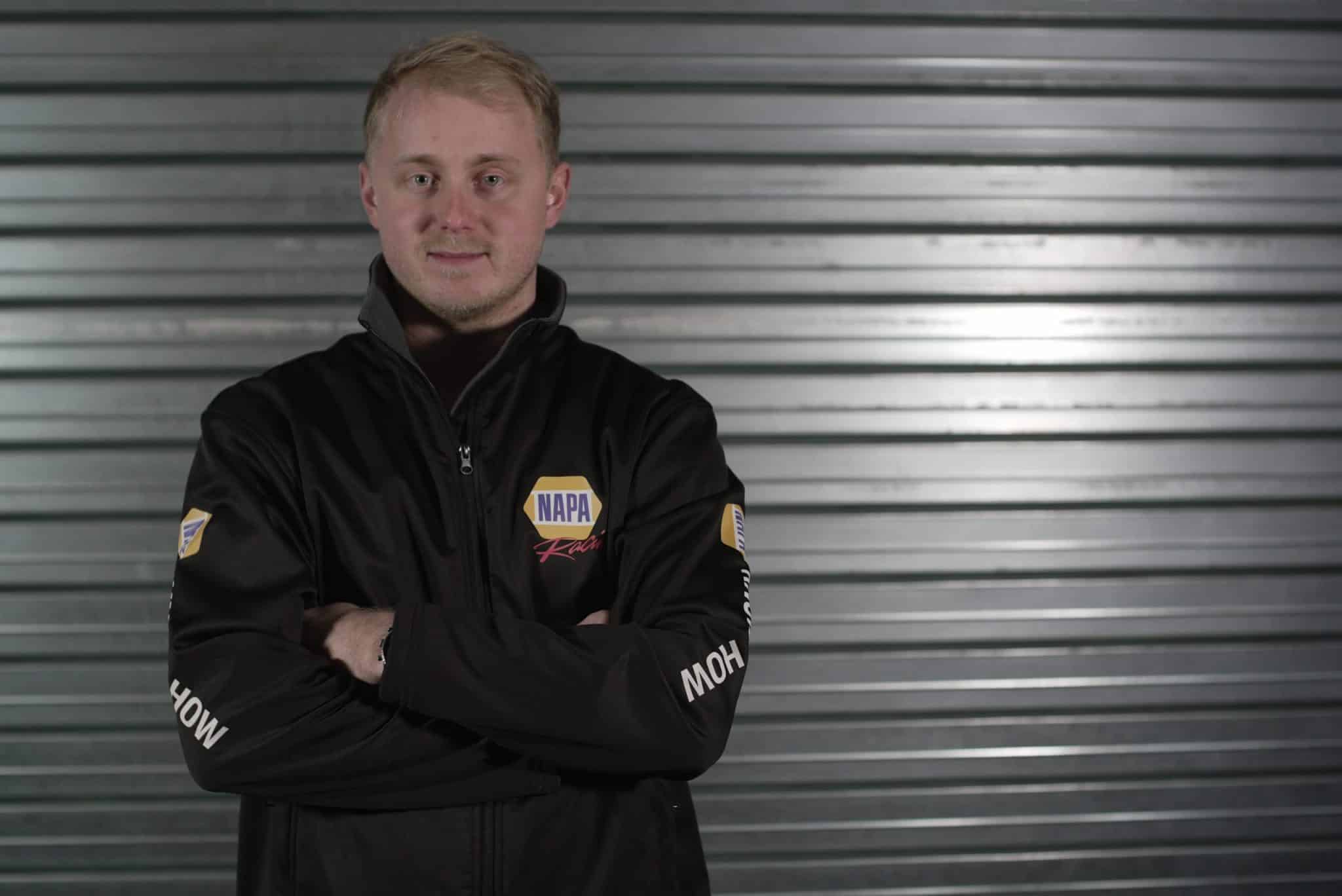 Ashley Sutton will defend his British Touring Car Championship crown in 2022 after agreeing a deal that will see him lead NAPA Racing UK’s challenge for title glory.

Run by Motorbase Performance, NAPA Racing joins the UK’s premier motorsport series with one of the most exciting driver line-ups in recent years as Ashley partners with Dan Cammish to drive a pair of hybrid-powered Ford Focus ST’s.

Coming off the back of a sensational 2021 which saw him become the youngest-ever triple BTCC champion, the forthcoming season could see the 27-year-old go on to equal the current all-time record of four championships – which is held by only two drivers.

Renowned for his speed, consistency and overtaking prowess, Ashley has established himself as one of the leading lights of the BTCC with 24 wins, 50 podiums and seven pole positions sitting alongside his three titles in 2017, 2020 and 2021.

Not only will next season see Ashley change of teams but it will also see him return to front-wheel-drive for the first time since his maiden BTCC campaign in 2016, and it is a challenge he is relishing taking on.

Founded almost a century ago, NAPA is one of the most prominent and successful automotive parts brands in North America. In 2019, it was introduced in the UK by Alliance Automotive Group with more than 280 stockists nationwide.

NAPA has a rich history in motorsport, namely in the USA, sponsoring teams in some of the biggest championships such as NASCAR and INDYCAR.

Ashley Sutton, NAPA Racing, said: “I’m buzzing to have signed a multi year deal with NAPA Racing UK and Motorbase Performance! This feels like the start of something very exciting and I am ready for the challenge that lies ahead. They are all a great group of people and just pure racers at heart.

“Having got to know Pete Osborne more over the last year, I saw the hunger he has to win and his ambition to drive Motorbase in that direction. This is something I love, a new challenge, set out with the same goals I personally have. The deal was made a little sweeter by securing NAPA Racing UK as a sponsor, for such an iconic brand in motorsport to be hitting the BTCC grid in 2022 and becoming apart of that was a big draw to me.

“Motorbase haven’t just made me feel welcome they have also welcomed onboard the car crew I have worked with over the past three years. They are all now apart of the Motorbase family which means we have all the key elements to go out and retain that title together.

“Jumping back into front-wheel-drive is going to be interesting, but something I am looking forward to. I can’t wait to get stuck into the Ford Focus package with my engineer Antonio Carrozza. With a solid pre season testing plan and a team mate like Dan Cammish, allows us to fast track a lot of development required to hit the ground running in the new hybrid era. Lining up with someone who has a pedigree like DanCam has, really excites me. I am sure we will be pushing each others limits and unlocking more potential within ourselves.

“I’m incredibly proud to be representing NAPA Racing UK, to go out and secure not just my fourth title but also the teams & constructors championship with this new formed partnership would be fantastic. This brings me one step close to my goal of becoming the most successful driver ever in the BTCC.”

Steve Richardson, Alliance Automotive Group UK Manager, added: “This partnership is everything we have been building towards. With Ash in our team along with Dan [Cammish], NAPA Racing has made a significant statement of intent to help grow the NAPA brand in the UK. We cannot wait to see how Ash’s talents as the reigning BTCC Champion will contribute to what will no doubt be an action-packed season.”

Pete Osborne, Motorbase Performance Team Owner, concluded: “Wow…isn’t this news just the icing on the cake! Ash is the kind of driver who is on everyone’s radar, so to have secured his signature to Motorbase alongside Dan [Cammish], Ollie [Jackson] and Sam [Osborne] is a really big deal for us.

”I genuinely couldn’t ask for a better driver line-up for 2022 and I think we’ve got everyone’s attention, this is an indication of our intent in the BTCC to challenge for the title next season and beyond.

“Let’s face it, we’re not aiming for anything but success with these guys in the driving seat. The team is as strong behind the scenes as it is at the forefront and it’s simply buzzing in the workshop. There’s a lot of hard work still to do and we’re not underestimating that, but I’m pretty sure the right ingredients are in the pot!”

The 2022 Kwik Fit British Touring Car Championship kicks off at Donington Park on the weekend of April 23/24.