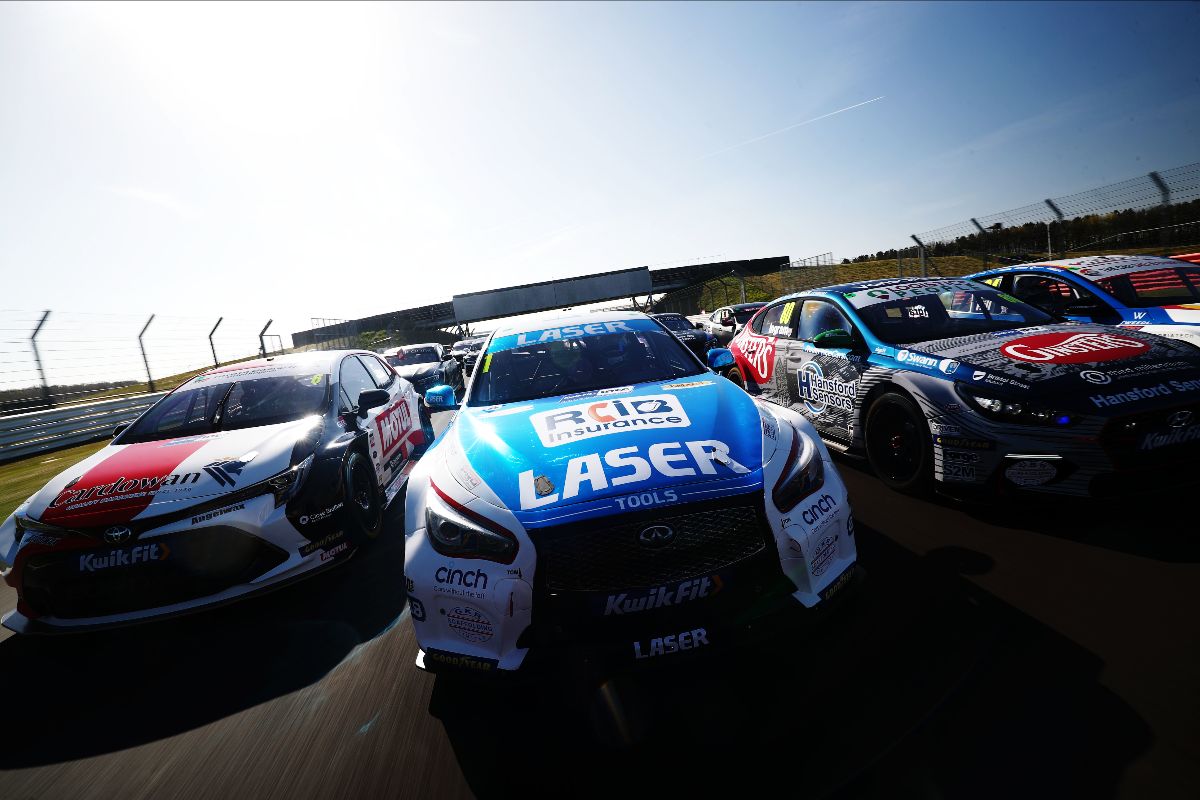 Ashley Sutton has stated he feels more than ready to kick start the defence of his Kwik Fit British TouringCar Championship crown in 2021, which is set to begin around Thruxton Circuit on May 8/9.

Coming off the back of a sensational 2020 season which saw him clinch the biggest prize in UK motorsport for a second time, as well as wrap up the Independent Drivers’ title, Ashley has remained with Laser Tools Racing to pilot the Infiniti Q50 once again.

Armed with a striking new livery and the coveted number one adorning the side of his rear-wheel-drive machine, the 27-year-old enters the forthcoming campaign in high spirits having been buoyed by an encouraging pre-season testing programme.

Clocking valuable mileage at Donington Park, Snetterton and most recently Silverstone for the official BTCC Season Launch, the BRDC Superstar has worked through a methodical schedule and admits the improvements that have been made have left him excited to begin the ten-round, 30-race season.

Ashley Sutton: “It’s great to finally be able to launch the 2021 season and take the covers off   the car to reveal the little tweaks to the livery – I think it looks mega! The anticipation and excitement has been building in recent months so its nice to know the season-opener is just around the corner now.

“Over the off-season we’ve worked hard to evolve the car. It has almost been like having a blank canvas and we’ve been able to try lots of things we weren’t able to explore last year. There have been a few things that haven’t worked but for the most part the changes we’ve made have been reactive and unlocked some new avenues for us.

“To enter the season as defending champion and once again carry the number one on the side of my car is a great reminder of what we achieved last year. However, its a new season and the competition is going to be fierce in the fight to retain the crown.

“I’m confident that we can arrive at Thruxton in a position to hit the front. I feel like I’m driving well and ready for the battle that lies ahead; I’m hungry to win a third title so lets get to work!”

The 2021 Kwik Fit British Touring Car Championship will blast into life around the fastest circuit in the UK on May 8/9, albeit behind closed doors due to current UK government guidelines.