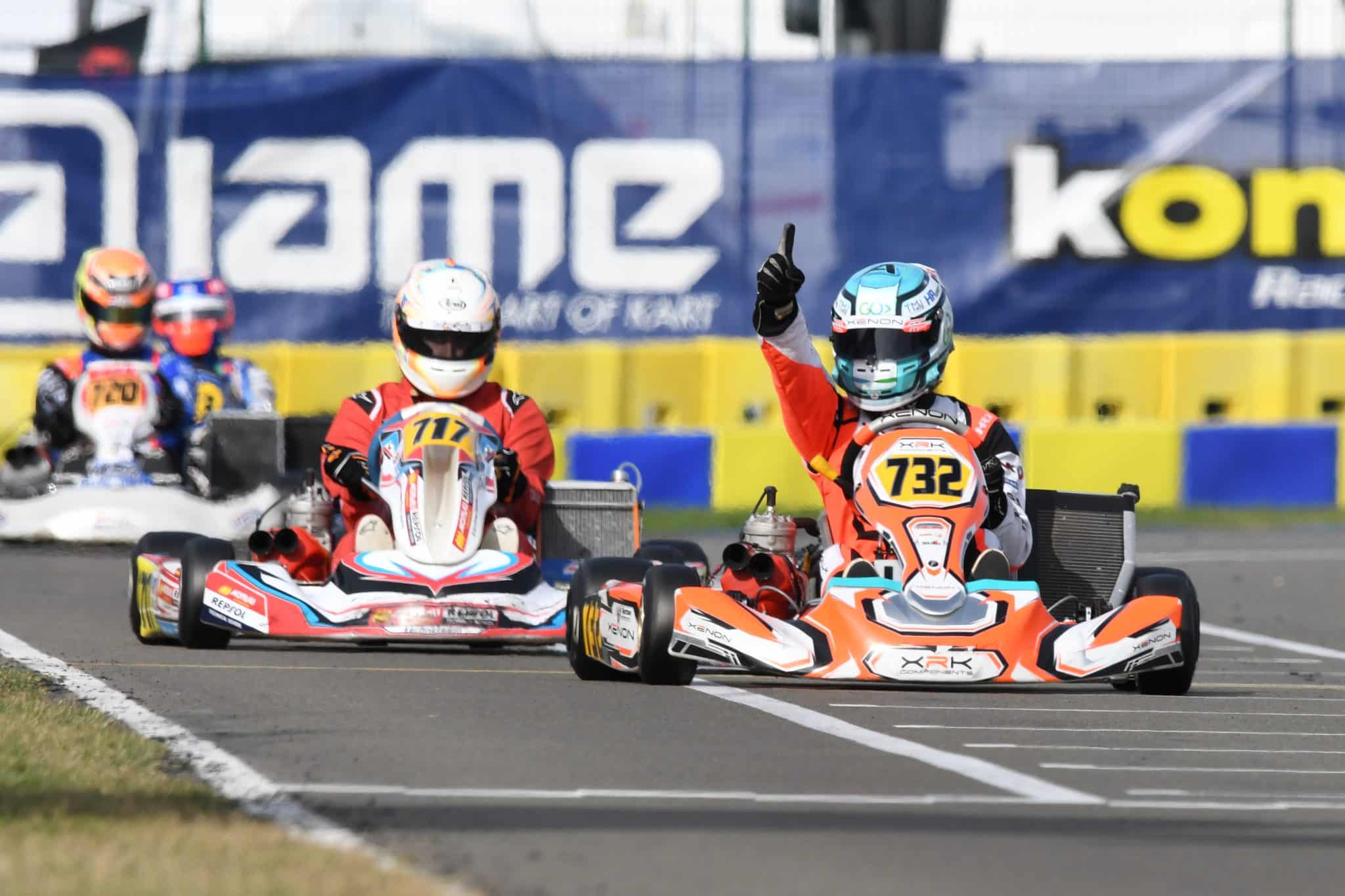 Posted at 11:32h in News, Race Reports by Chris Ashby

Ashley Sutton enjoyed a dream IAME Super Shifter International Final debut at Le Mans this past weekend (October 19), taking on some of the world’s best karting racers to reign supreme and take victory in sensational style.

Less than one week on from triumphing at the Kwik Fit British Touring Car Championship season finale at Brands Hatch, the 25-year-old took centre stage in France at the wheel of his Xenon machine.

Sampling a Super Shifter for the first time at Rye House in the UK a few weeks prior, Sutton headed to mainland Europe flying the flag for Great Britain as a rank outsider having not raced a kart in a competitive setting for a number of years.

Arriving at the Le Mans Karting International venue three days down on practice, the first taste of track action the 2017 BTCC champion got came in qualifying where he set the 12th fastest time, duly putting the rest of the grid on notice.

A chaotic Pre Final would see the field split on tyre selection, with Sutton rolling the dice and opting to take a gamble on slicks; a choice that proved to be inspired come the end of a frenetic 15-lap encounter.

Finishing the opening lap in 16th, the BRDC Superstar showcased his unrelenting race craft and overtaking prowess to carve his way up through the order, ultimately crossing the line in third place.

Lining up on the second row of the grid for the Final, Sutton found himself firmly in the mix and spent the opening exchanges dicing with Christof Huibers for third.

Getting the better of Huibers on lap nine, the Super Shifter debutant set off after the top two and was soon hot on the heels of Jentsen Adrianessens – passing the Belgian three laps later.

Chasing down race leader Rowan Grinwis, Sutton made a first bid for the lead on lap 11 but was unable to make it stick, bringing the chasing pack back into contention. At the second attempt soon after, the Brit made his move and more importantly made it stick with just a handful of laps to go.

Soaking up pressure from Quique Bordas in the closing stages, Sutton kept his cool to claim a hard-fought and popular victory on his IAME International Final debut.

Ashley Sutton: “IAME Super Shifter World Champion – I can’t believe it! To rock up with no testing, take on some of the best karting drivers from around the world and win is amazing; I’m over the moon.

“Karting was where it all began for me so it was great to go back to my roots and compete. I’d not driven a gearbox kart until a couple of weeks ago so I went into the event with no real expectations – just to have some fun and see what we could achieve.

“Qualifying was all about getting to grips with the circuit and the kart. I really enjoyed the Pre Final; there were some close battles out there and I had to be smart with my overtakes as these guys do this week in, week out.

“We were in the fight throughout the Final and I knew that as long as I was in the mix towards the latter stages I was in with a shot. I bided my time and then just went for it – I’m so happy to come away as champion.

“I have to say a huge thank you to everyone at Xenon Kart’s and IAME UK for not only giving me the opportunity to compete, but for also providing me with such a competitive machine – they’ve all done a great job.”