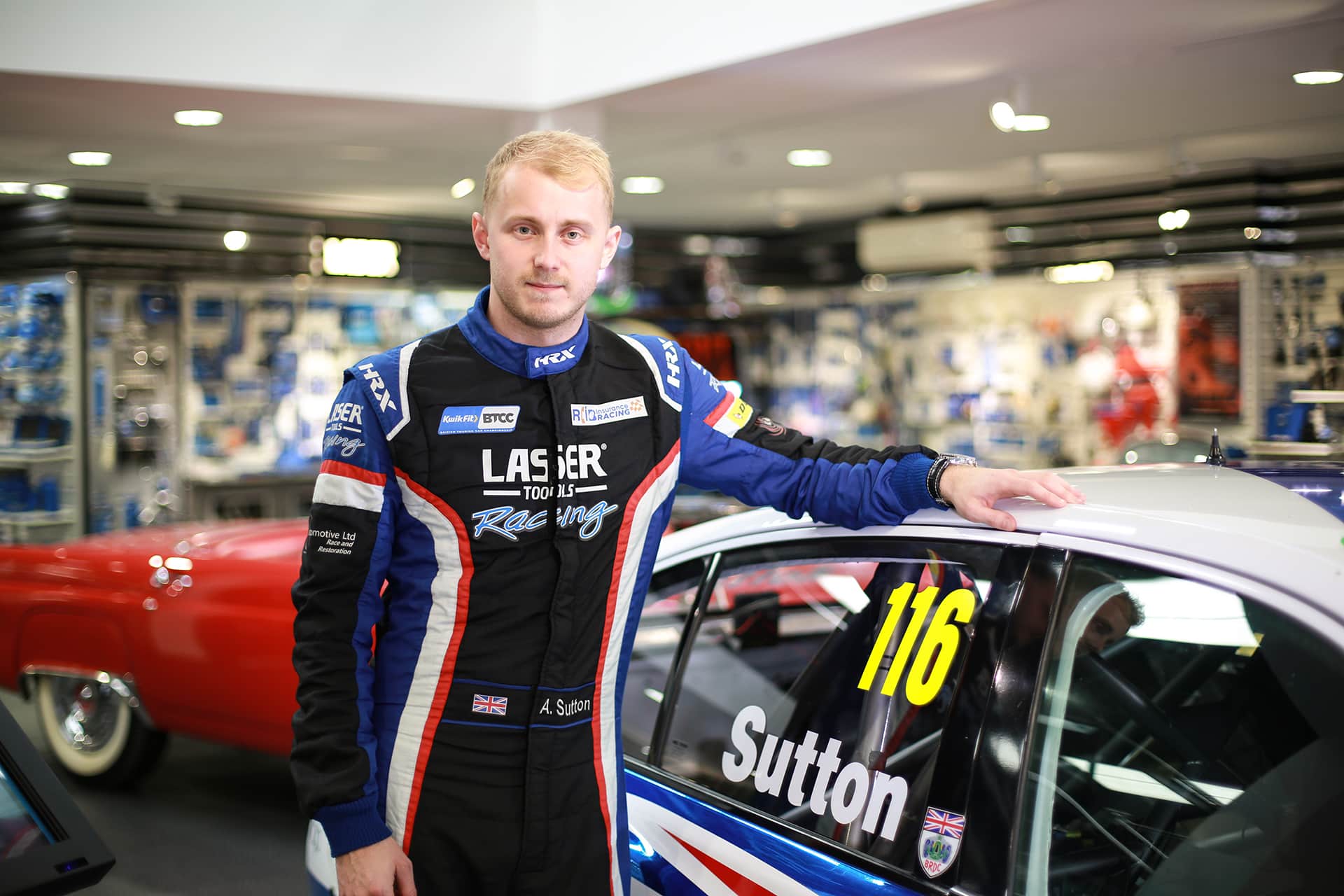 Posted at 12:12h in News, Race Reports by Chris Ashby

Ashley Sutton is setting his sights on capturing a second Kwik Fit British Touring Car Championship crown in 2020 after agreeing a deal that will see him spearhead the joint title challenge of Laser Tools Racing and BMR Racing.

Joining forces for the forthcoming campaign, both teams will bring their resources together to field Sutton and team-mate Aiden Moffat in two brand-new rear-wheel drive Infiniti Q50’s.

Signing with BMR Racing in 2017 after previously running under their Academy programme, the 25-year-old has been the figurehead of the Buntingford-based outfit ever since, clinching the BTCC Drivers’ Championship in his maiden campaign and racking up 13 wins across three years.

Coming off the back of a rollercoaster 2019 season, Ashley is looking forward to chasing that title tilt as the outfit writes a new chapter in its history by aligning itself with race-winning Independent squad Laser Tools Racing.

Having sampled the Infiniti during a test this past summer, the former Jack Sears Trophy champion is relishing the prospect of driving the car and partnering teams forward onto what they hope will be championship glory.

Commenting on the deal, Ashley said: “I’m delighted to be back in the BTCC and back for a fourth successive season. The team I have around me feels like home and I wouldn’t have been able to achieve what I have in this series without them; so carrying that over and signing a new deal with them was a no-brainer.

“Partnering with Laser Tools Racing and Aiden for to drive the Infiniti Q50 in 2020 is hugely exciting and the result of a lot of hard work. We’ve all got the same goal and that is to win; and by bringing together the resources of both teams is only going to benefit everyone moving forward.

“Me and Aiden have had a respectful rivalry on track, there has been a few occasions where we have got our elbows out but it has always resulted in things staying clean. After visiting Laser HQ with Aiden and seeing the car during the build it’s left us both buzzing for what’s ahead.

“I sampled the Infiniti at Snetterton earlier this year and was really impressed. All of the ingredients are there and that was apparent when you look at Aiden’s run of results towards the end of the season.

“With the work going on behind the scenes and the pre-season testing programme that we are planning, I’m confident that we will be able to hit the ground running come the start of the year and be in the mix for some top results. I’ve got that exciting feeling that I had at the beginning of 2017…”