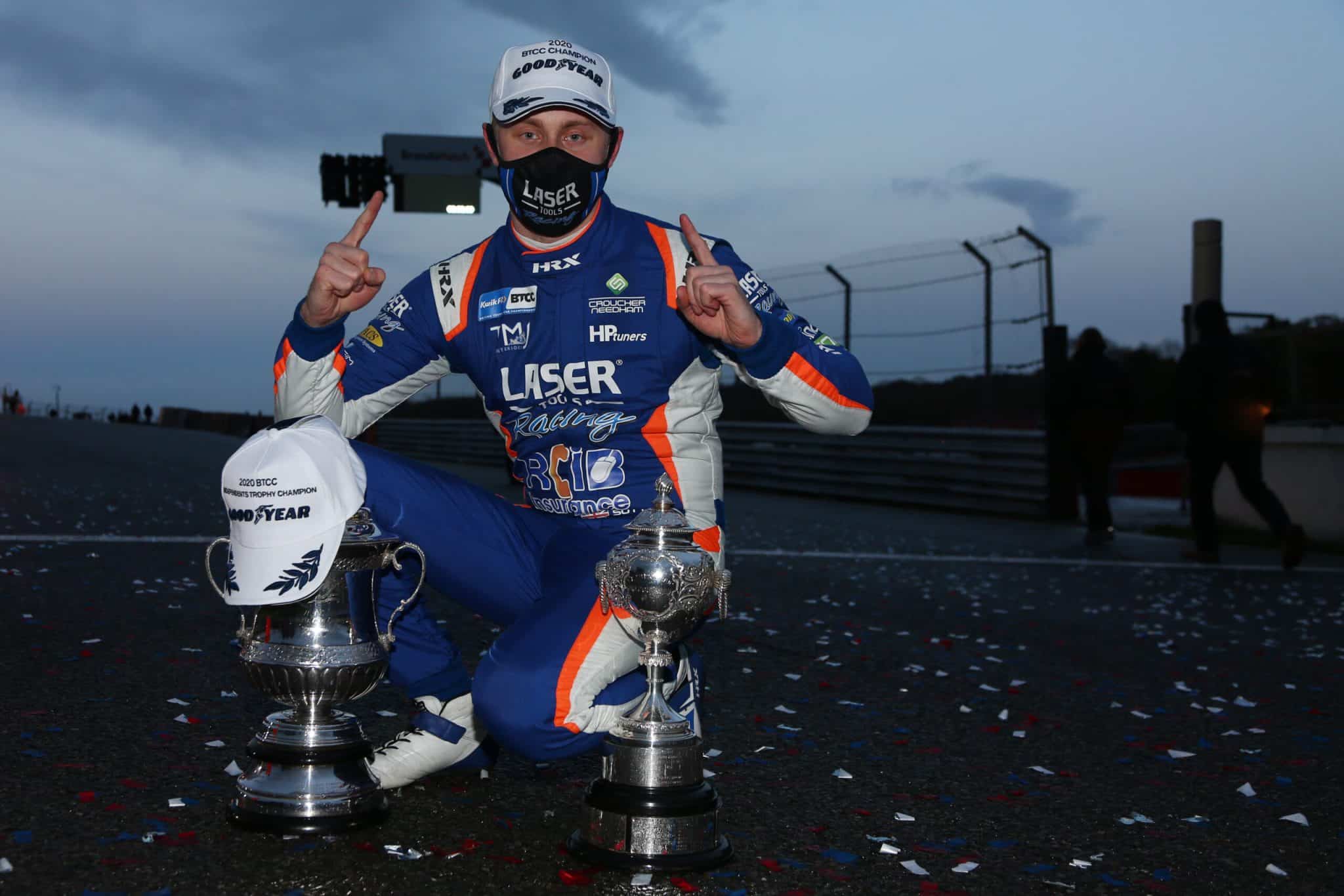 Ashley Sutton will remain with Laser Tools Racing for the 2021 Kwik Fit British Touring Car Championship as he bids to retain his Drivers’ and Independent Drivers’ titles.

Coming off the back of a sensational 2020 season which saw Ashley clinch the biggest prize in UK motorsport for the second time in his career, the 26-year-old will spearhead the Infiniti Q50 squad for a second successive season as it expands its BTCC programme.

Joining the rear-wheel-drive outfit at the start of the year, Ashley emerged as a title challenger from the get-go and produced a superlative season-long performance to be crowned champion at a nail-biting finale; tallying five wins, a further five podiums and a string of notable drives along the way.

Ashley will partner Aiden Moffat at the reigning Independent Teams’ champions once again next year whilst Carl Boardley completes the driver line-up, joining the team to drive a third car.

In addition, the forthcoming 2021 campaign will also see Laser Tools Racing embark on an all-new partnership with Team HARD which will see the two squads pools their resources both on and off the track for greater engineering and commercial benefits.

The 2017 & 2020 title winners championship-conquering Infiniti will carry the coveted number one throughout next year.

Ashley Sutton: “2020 was a year to remember; a new car, a new team and three championships at the end of it. Breaking up that championship-winning package wouldn’t of been a wise move, so to be flying the flag for Laser Tools Racing again in 2021 is absolutely mega!

“To continue working alongside Aiden again for next year means we can pick up where we left off, but with the added bonus of getting stuck into a testing programme over the winter.

“It’s great to have the addition of Carl and Team HARD with us for the up and coming season as well. To have a third Infiniti on the grid will benefit in many ways such as speeding up the development of the car, conditions and directions of set-up changed throughout a weekend.

“My personal goal for next year is no different to the goal me and the crew set out for last season and that was to win. This time we have the added bonus of already having raced at each track, which means we will be more prepared coming into each weekend and be able to attack with a clearer direction of what we want.”