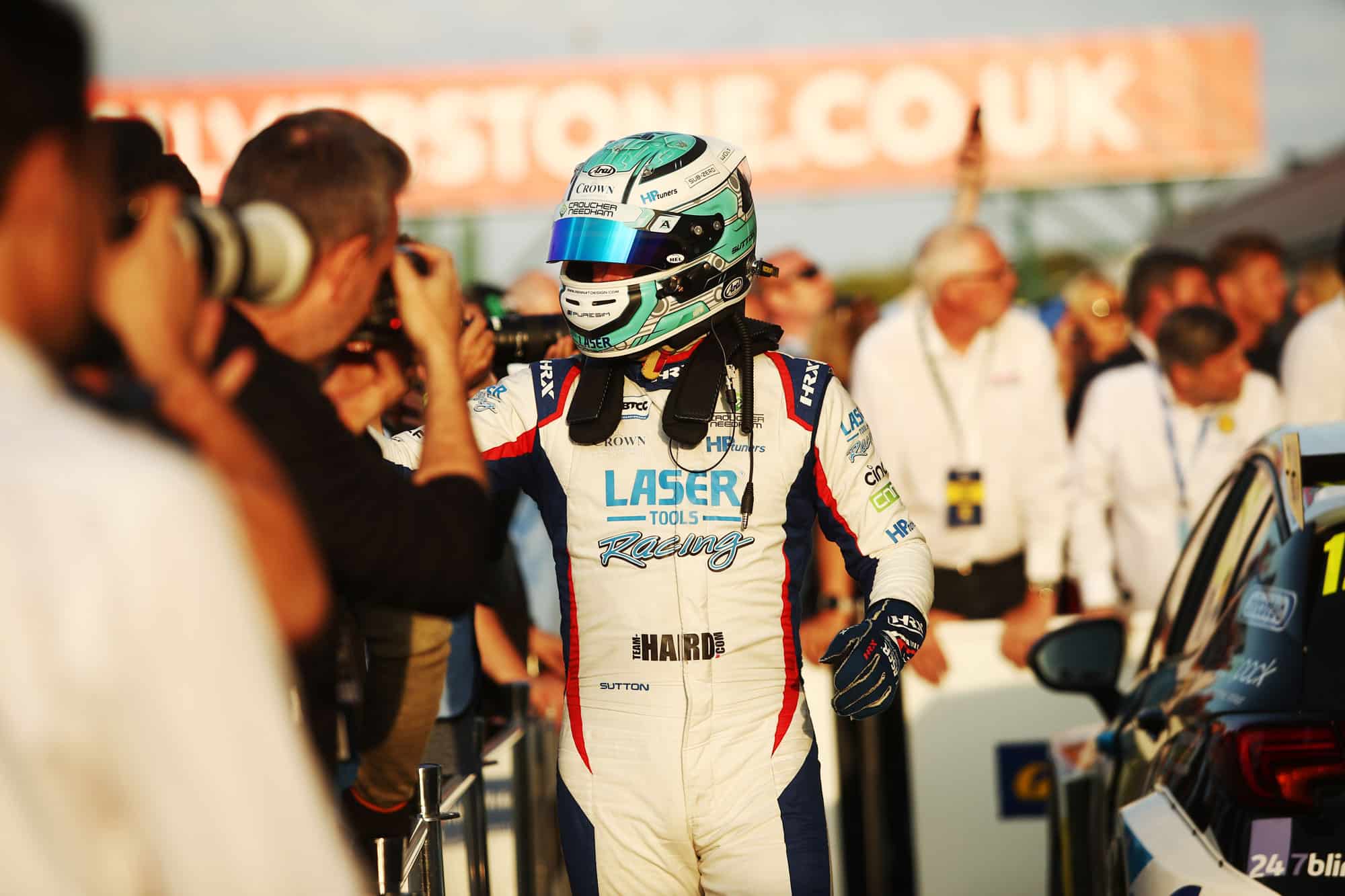 Posted at 10:52h in News, Race Reports by Chris Ashby

Ashley Sutton extended his advantage at the summit of the Kwik Fit British Touring Car Championship standings at Silverstone this past weekend (September 25/26) after charging to an eighth podium of the season in race three.

On what was a pivotal day at the Home of British Motor Racing, the Laser Tools Racing driver picked up a pair of top six finishes before clinching third in the finale, opening his lead to 36 points at the top of the table with just six races remaining.

Adjudged to have exceeded track limits on four occasions during the session, Ashley managed to progress into the Top Ten Showdown and from there he punched in a time good enough to secure eighth on the grid for the first of Sunday’s three races.

Launching off the fourth row of the grid for the opening race, the 27-year-old produced a measured drive to move up the order and take the chequered flag in sixth.

Race two could be likened to a high-speed game of chess as a number of title contenders, including Ashley, jostled for position towards the front of the field.

Jumping into sixth on lap one, the two-time champion then hounded the back of Colin Turkington for much of the bout. Weighing up the risk versus reward, the BRDC Superstar slipped past team-mate Aiden Moffat at the line to clinch fifth.

Starting the reverse grid contest from eighth, Ashley brought the curtain down on another solid weekend with an impressive charge to third. Making a few moves early on, Ashley then produced two superb overtakes on Chris Smiley and Stephen Jelley to jump into third and that would be where he finished.

Ashley Sutton: “Standing on that podium is a great way to end the weekend! Race one and two was all about bagging the points but that third race was a great opportunity to open up that advantage in the standings and if anything, a podium was a slight overachievement.

“We had great pace all day but it was about managing things and weighing up the risk versus reward. In race three I was able to show what the car is capable but I didn’t quite have enough laps to catch the top two – I gave it a good go though!

“To leave Silverstone with a 36-point lead is mega and a job well done by everyone at Laser Tools Racing; I’m really looking forward to Donington Park. If you look back to last year we had a win there on what was our first weekend with the car and since then we’ve really moved things on. The car is phenomenal and we’ve got a few little things up our sleeve so I’m buzzing to get there and manage that gap at the top!”