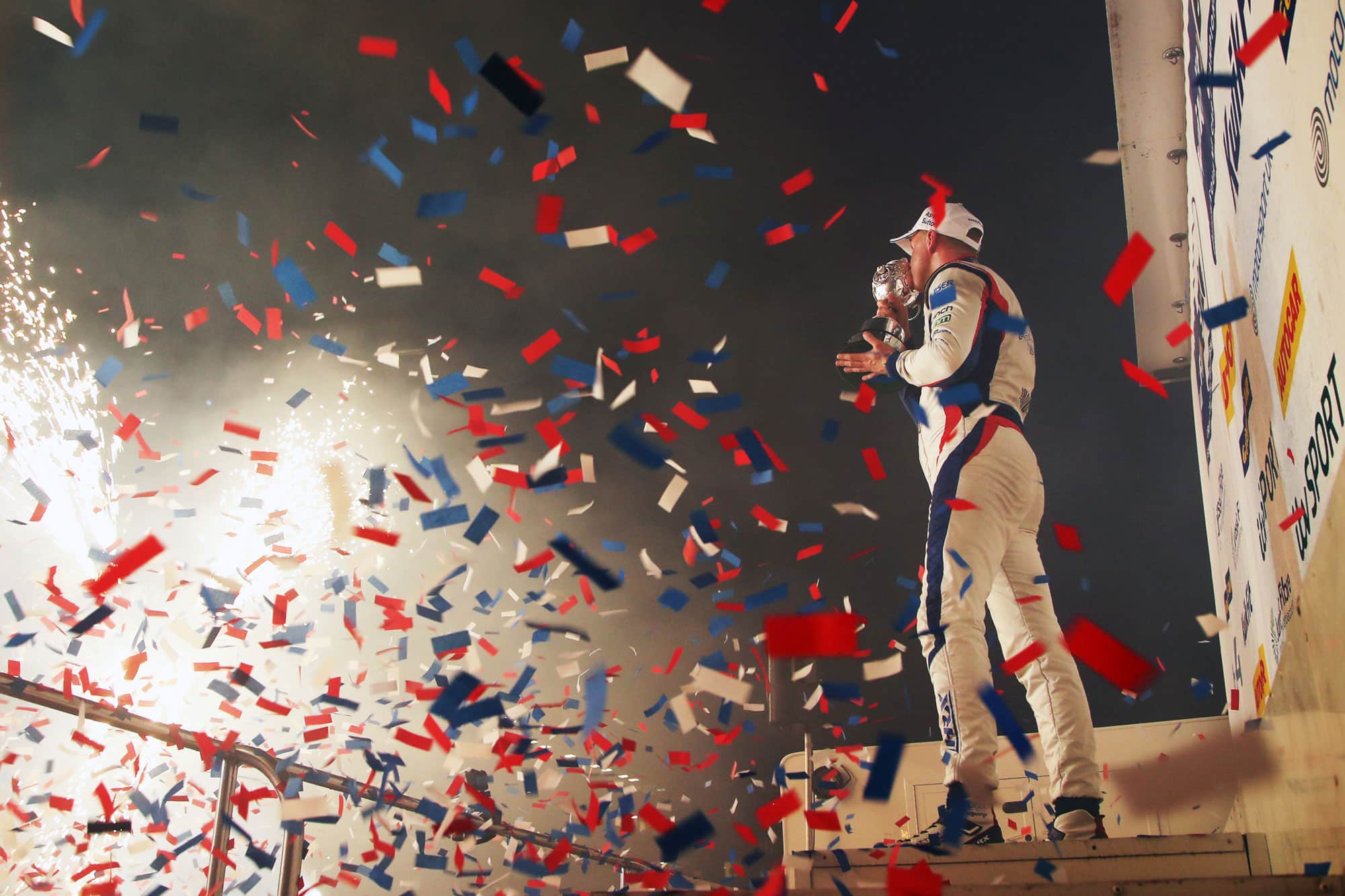 Posted at 10:55h in News, Race Reports by Chris Ashby

Ashley Sutton has been crowned champion of the Kwik Fit British Touring Car Championship for the third time in his career after wrapping up the title at Brands Hatch this past weekend (October 23/24).

The Laser Tools Racing held a 32-point advantage going into the final event of the season and a top six finish in each of the first two races around the iconic Grand Prix circuit was enough to wrap things up before he went on to win the finale.

In addition to the Drivers’ Championship, Ashley successfully retained his Independent Drivers’ crown whilst also helping Laser Tools Racing clinch both the Teams’ and Independent Teams’ titles – making it a year to remember.

Donning the mantel of defending champion at the start of the year, the Infiniti Q50 driver enjoyed a sensational season which saw him lead the standings from the second event and included five wins, a further four podiums, one pole position and 29 points finishes from 30 races.

Ashley’s title treble has now moved him to within one of the all-time record – currently held by Colin Turkington and Andy Rouse – and has made him the youngest ever three-time champion in the history of the BTCC.

Arriving at the Kent venue with the championship in his sights, the 27-year-old produced one of his best qualifying laps of the season on Saturday as he hustled his ballast-ladened rear-wheel-drive machine to sixth on the grid for race one.

The opening encounter saw Ashley produce a measured drive to put himself within touching distance of the coveted prize. Launching off the third row, the BRDC Superstar held station in sixth to further extend his lead in the standings.

His crowning glory came in race two as picked up a second sixth place finish of the day. After surviving a fraught opening lap, Ashley settled into a groove and shadowed chief title rival Turkington for the remainder of the contest to wrap up the title with a race to spare.

With the pressure off, Ashley completed his title-winning campaign in style by taking victory in the final contest. Starting fourth virtue of the reverse grid draw, the Hertfordshire racer wasted no time in charging to the front and despite being briefly challenged for the lead, he pulled clear to bring the curtain down in emphatic fashion.

That win was not only Ashley’s fifth of the 2021 campaign but also his 50th podium in Britain’s premier motorsport series, a fitting way to end what has been a superlative year.

Ashley Sutton: “To have been crowned BTCC champion once was a great achievement but to now stand here with three titles is simply incredible! It hasn’t fully sunk in yet but to go back-to-back is just phenomenal – I’m absolutely over the moon!

“Race one and two was just about shadowing what Colin [Turkington] was doing. To wrap it up with a race to spare was great and winning race three was the best way to finish off the season. I could take the handcuffs off and go and do what I wanted which was amazing.

“Coming into the year I knew I had to change my approach a little but early on I was fully focused on getting those big results and more importantly, points on the board. After not finishing at Oulton Park we flicked that switch and since then we’ve been smart, taken our opportunities and extended the lead whenever possible.

“This really has been such a team effort. I’ve got a fantastic group of people around me who have given me an incredible car all year and without them this wouldn’t have been possible. To retain the both the Drivers’ and Independent Drivers’ titles as well as help Laser Tools win the Teams’ and Independent Teams’ is mega!

“I’m now the youngest three-time champion in the history of the series, let’s make it four next year. When all is said and done, I want to be one of the greats of the BTCC and I’m fully focused on winning more championships. Over the past few years I’ve continued to raise my game but I don’t truly think I’ve hit my peak yet; I’ve still got things I can improve on so that is exciting as we move forward.

“We’ll celebrate this and soak up the moment but it won’t be long until the focus starts switching to next year where the goal is to come back and lift this title once again!”