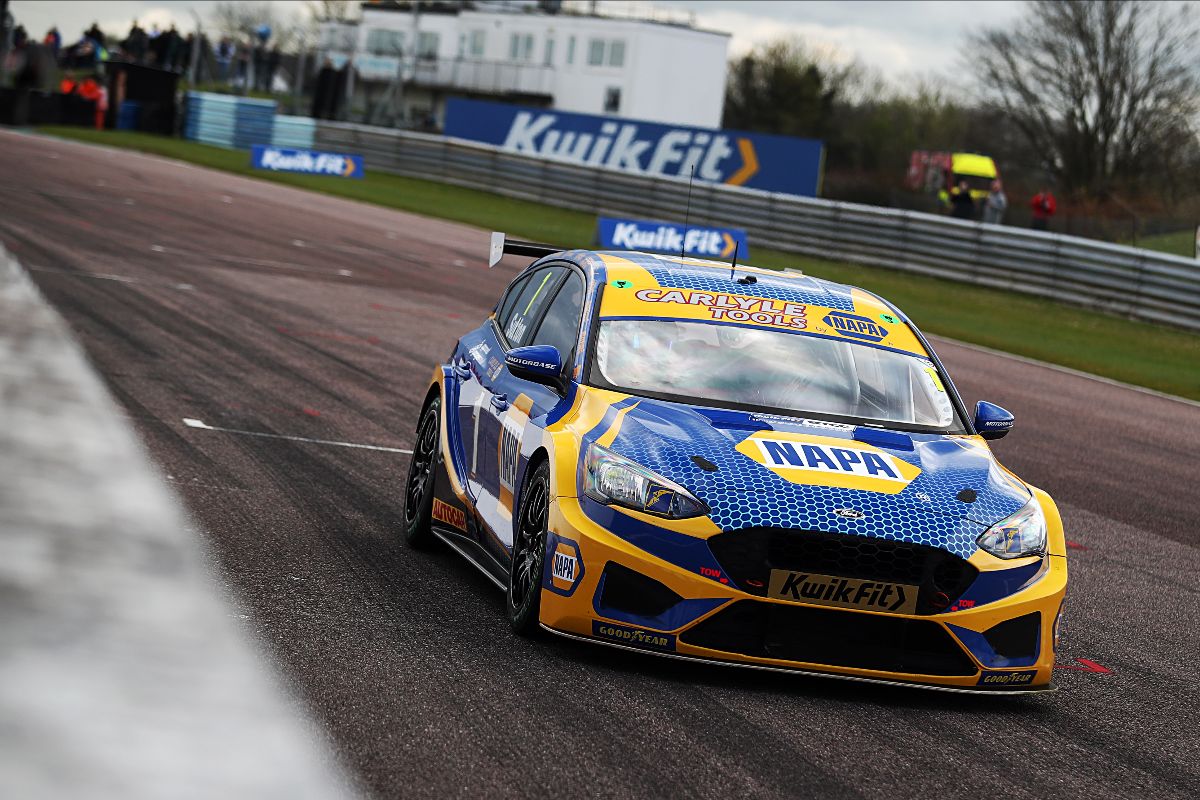 Ashley Sutton will begin the defence of his Kwik Fit British Touring Car Championship crown at Donington Park this coming weekend (April 23/24) with both he and the series entering what is a new era for 2022.

Looking to win what would be a record-equalling fourth title this year, the three-time champion made shockwaves during the off-season as he made the switch back to front-wheel-drive to spearhead the Motorbase-run NAPA Racing UK entry.

Piloting a Ford Focus ST, the 28-year-old not only has a new car to get his teeth into but also new technology as the BTCC becomes the first major touring car series in the world to integrate hybrid power into all of its race cars.

This year will see drivers being able to deploy the hybrid system via a button on their steering wheel, receiving up to 15 seconds per lap of hybrid power which can then be used to either attack or defend during races.

Getting to grips with the system whilst completing plenty of testing over the course of the past few months, Ashley laid down his marker to the rest of the field at the official Season Launch last week by topping the times at Thruxton – dipping well under the existing race lap record.

Sporting a distinctive blue and yellow livery this season, eagerly-eyed fans will also see that Ashley will also run special gold Kwik Fit – a new initiative that has been introduced this year to further commemorate the defending champion.

Ashley Sutton: “I’m really looking forward to finally kicking off the season at Donington Park. We’ve had a really productive pre-season and whilst we have seen lap times being posted over recent weeks, nobody truly knows where they stand until qualifying on Saturday afternoon so I’m excited to see where we stack up compared to our rivals.

“I’ve been impressed with the hybrid system; we had a small issue in the beginning but it was fixed quickly and since then it has ran well, both in the pit lane and out on track. Although we’ve been using it during testing we don’t fully know how much of an impact it will have until we’re racing – strategy is going to be key with it.

“Making the switch back to front-wheel-drive has been fun too. The Motorbase Ford is already a well-sorted car but me and my engineer (Antonio Carrozza) have been trying a few things to see if we can unlock more from the package, with some bits working and a few not.

“Heading into the year the goal is the same as it always has been and that is to win the title. I’ve said before that I want to go down as one of the greats of the BTCC and clinching a fourth title will be a big part of that. I’ve got a great car and great team around me so there is no reason why we shouldn’t be in the mix from round one!”

The 2022 Kwik Fit British Touring Car Championship begins this weekend at Donington Park, with three races scheduled to take place on Sunday around the National layout of the Leicestershire venue.